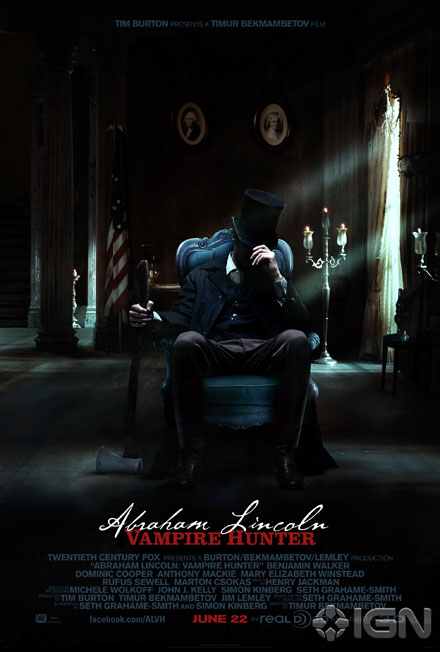 What is William Shakespeare was secretly a Ghostbuster?  What if Queen Victoria was a time traveling detective?  What if Abraham Lincoln was really a vampire slayer in his spare time?  That last one is actually a movie, an upcoming 3D action adventure from 20th Century Fox titled Abraham Lincoln: Vampire Hunter and based on the Seth Grahame-Smith novel of the same name.