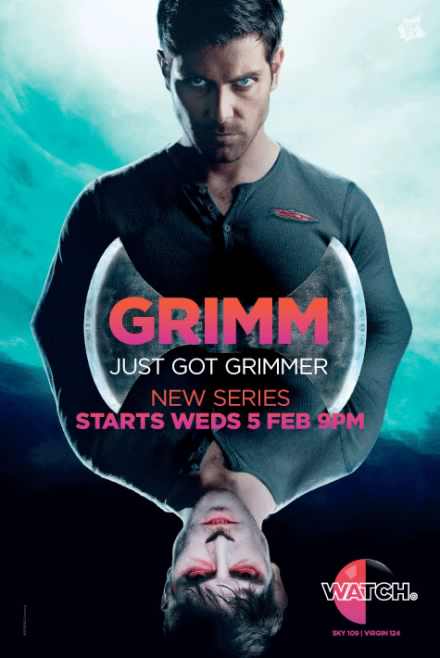 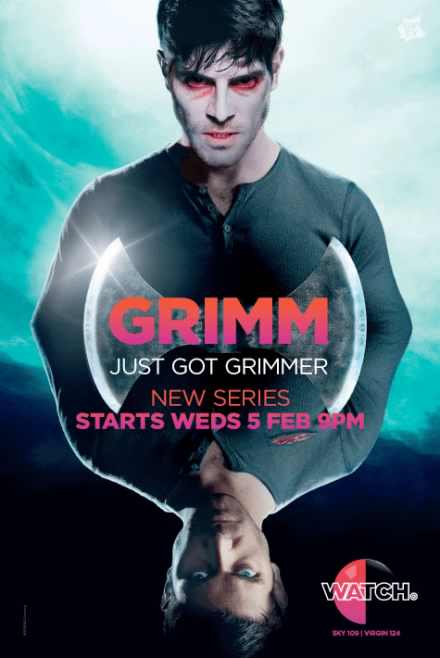 UKTV have used Hive’s new lenticular printing process for the launch of the third series of Grimm.

'In real terms more than twice the number  of lenticular panels can be produced for the same budget  encouraging  larger coverage and scaleability.

The two flip rollable lenticular 6 sheets were placed in key Underground locations and creatively demonstrates the duel personality of the main character Nick Burkhardt changing form one to the other
The 75 panels on Exterion (Formally CBS Outdoor) underground 6 sheets went  live 27th January and form a key part of a larger media campaign planned by Rocket.

"Laura Woodcock, Assistant Brand Manager, Watch said: “We’re really excited to support this channel brand defining show with such a stand out media choice.  We feel lenticulars are creatively impactful, arresting, and the perfect communicative tool for a key narrative change such as this.  With the format becoming an increasingly prominent component of advertising campaigns in the entertainment genre, we felt it was the perfect opportunity for Watch as a challenger brand to assert itself amongst its competitors.”

The campaign was planned by Rocket, creative by Mother and the OOH Media and production delivered by Talon Outdoor.